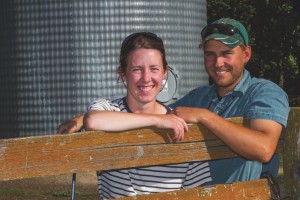 Agriculture has always attracted all kinds, including from the fringe. There have been the hippie back-to-earthers of the 1960s and even the New Agers of just a decade ago, all of them dreaming of an escape from the confines of city life partly so they can commune with nature on a handful of acres with a hoe in their hand.

Make no mistake, they’re still coming. But now, maybe there’s something different going on, with new farmers and a very different money sense.

With partner Wian Prinsloo, Lydia Carpenter operates Luna Field Farm near Dunrea in southwestern Manitoba, and they fit the mould of today’s new farmers perfectly. Recent surveys have found an uptick in new farmers who don’t have any background in farming, and Carpenter and Prinsloo are both from Winnipeg. Neither grew up on a farm….